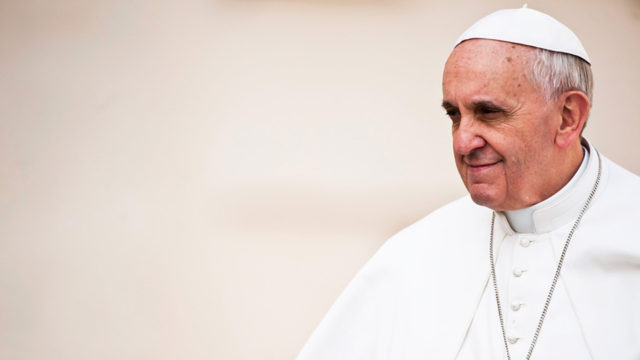 Catholics are natural allies in the struggle for environmental justice. As a Catholic, I have been most drawn to the example of St. Francis of Assisi, who is our tradition’s patron saint of the environment. St. Francis, who followed Jesus’ call to leave everything behind and live a life of intentional poverty and simplicity, lived in a medieval world where people, who had previously enjoyed a more intimate bond with their ecosystems, began to be disconnected from the land as a result of extensive land holdings owned and controlled by the small minority in the ruling class. This separation of people from the land, coupled with abuse of power, led to oppression and a class of poor deprived of their humanity and dignity.

Francis’ identification with the poor gradually brought him to an understanding of his place as a “little brother” to all humanity and all creation. His famous “Canticle of the Creatures,” which is the inspiration for Pope Francis’ encyclical Laudato Si’, reveals how integrally interconnected St. Francis felt to all elements of God’s creation. He came to see God reflected in all of creation and therefore sought to maintain the integrity of all creation.

The essence of Franciscan spirituality, then, is a focus on seeing God in everyone, especially the marginalized, and working toward protecting the integrity of all creation. Therefore, by working to maintain the integrity of all creation—with particular emphasis on the poor, vulnerable, and those least responsible for environmental degradation—Franciscan spirituality lends itself to a focus on environmental and climate justice.

Through St. Francis’ commitment to following the convictions of his faith, he consciously joined the “story of power,” which is the story of humans and creation that also “includes a focus on the differences of status, privilege, social class, levels of influence, wealth and political and social power of various groups” (Franciscan Care for Creation). This is the story that continues through the environmental justice movement today.

Environmental justice communities have a unique perspective on the ways in which consumer culture and differences in societal power negatively affect the health of impacted communities. By tapping into our own spiritual wells and joining the spiritual movement for climate justice, we can help to bridge the knowledge and lived experience of these communities with the moral clarity of our faith traditions – thereby more effectively helping to ensure that policies and systems prioritize the health of people and ecosystems, rather than business interests.

By examining our own tradition’s religious teachings on the environment and engaging in dialogue with congregations about our role in causing harm to – or protecting the integrity of – creation, we are lending our voices to the environmental justice movement. We are moving ourselves and others into a new consciousness about how to live in unity and harmony with the earth and one another.

Some of the ways Catholic congregations and other faith communities are doing this include conducting energy audits of houses of worship, converting to clean energy where possible, starting compost and garden projects, divesting from fossil fuels, and advocating for better U.S. climate policy. The Franciscan Action Network, where I serve on the Board of Directors, is leading an interfaith coalition working to get money out of politics and calling out members of Congress who have been supportive of the Koch brothers’ “No Climate Tax” pledge through a #KochvsPope campaign, among other actions.

Above all, we are promoting the concept of simple living, which allows us to practice a life of ongoing conversion and provides lifelong opportunities to live in right relationship with our world. Catholics in the Franciscan tradition embrace an ecology that keeps humans and all of creation out of harm’s way. It allows us to see the “thisness” – the unique specialness of each particular living and nonliving thing – that is characteristic of Franciscan spirituality. This post was written by WE ACT member Kelly Moltzen. The opinions expressed here represent her opinion and not those of WE ACT