Congressional staffers in Washington, DC have more in common than they’d like with the people of Flint, Michigan.

As reported in Politico, high amounts of lead have been found in the Cannon House Building water supply, and folks are understandably livid. The Architects of the Capitol (AOC) sent notification on June 29, 2016 that Cannon’s water supply had been tested and the results showed that lead levels varied from 17 parts per billion (ppb) to 56 ppb. The amount of lead that is deemed acceptable by the Environmental Protection Agency (EPA) is less than 15 ppb. The lead contamination may have been occurring for the last 9 months, which of course means everyone in Cannon who has ingested water from any source could have been impacted. 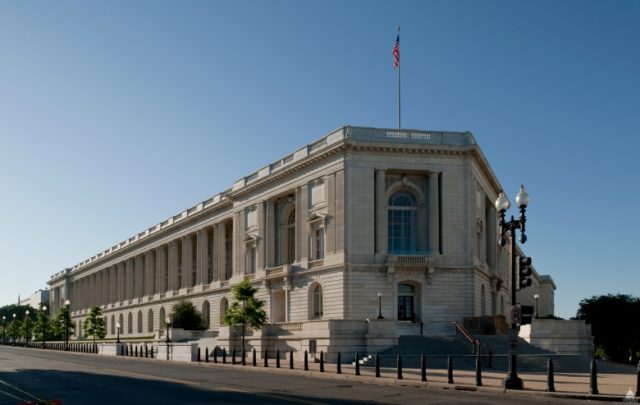 Unlike Flint, though, the response to the lead contamination has been swift. The AOC immediately shut down the water system and began issuing water bottles to everyone in the building. Importantly, five business days after the AOC notified members and staff of the lead contamination, free blood level testing was made available to anyone who requested it.

The response from the AOC has been appropriate, but it unfortunately highlights the disparity in protection of less affluent people, like the residents of Flint. Residents of Flint began complaining less than two months after the water supply was switched from the Detroit supplied water, but those complaints were completely ignored for nearly a year at all levels of the government.

Maybe if the people of Flint were as well connected as Anthony Foti, chief of staff to Dennis Ross (R-Fla), there would have been a quicker resolution. Foti was among a number of staffers demanding answers for Cannons’ lead issue and expressed concern for his pregnant wife, who worked in the Cannon building. Let’s hope Foti and the other staffers in Cannon use this experience to become champions for clean water, environmental justice and rebuilding the failing American infrastructure. Let’s hope the possibility of his future child being negatively impacted by lead poisoning, (although we hope that is not the case), is enough to encourage his Congressman and other members of the party to support legislation that would help prevent occurrences like those in Flint–and DC–from happening again. Unlike the unfortunate residents of Flint impacted by this water issue, the Members of Congress and their staff sit at the seat of power in our nation’s government, which may be why their complaints led to an immediate response. We in the environmental justice movement will be here to watch and keep them accountable to ALL people–not just those in the legislature.