Over the past twenty years, a joint research program has led to new discoveries on the environmental factors making kids sick.

A new report released last week from the Environmental Protection Agency (EPA) and the National Institute of Environmental Health Science (NIEHS) details two decades worth of groundbreaking work from researchers nationwide on children’s environmental health. The report finds that the two agencies’ research and outreach has raised awareness of children’s issues nationwide, and led to “new detection, treatment, and prevention strategies” related to health issues that we know disproportionately impact communities of color, like asthma and poor birth outcomes.

President Trump’s EPA budget would completely eliminate funding for much of this critical research under the Science to Achieve Results (STAR) program. The budget was released back in May 2017, and EPA Administrator Scott Pruitt has even testified before Congress that he supports the full elimination of the program due to “redundancies and inefficiencies.”

Eliminating the funding for STAR research makes little sense based on its widespread support, and many in Congress have pushed back on Trump’s plan. Independent research by the National Academies of Science found that the STAR grants, “reduce the cost of regulations, protect public health, and save lives.” In 2016, children’s environmental health research partially supported by a STAR grant found that infants may be exposed to arsenic through rice cereal. This led to the Food and Drug Administration (FDA)’s proposed regulations to protect infant health from the toxin — a clear case study of our tax dollars at work, helping us better understand childhood illness and developmental issues, and how to create policy that prevents it.

Since 1997, EPA and NIEHS have partnered with children’s research centers at universities like Columbia, UC Berkeley, and Duke to better understand the impact of environmental factors like air pollution, BPA, and pesticides on children’s health outcomes. This research matters for communities of color, who are particularly vulnerable to poor health outcomes and environmental risks.

Communities of color have long endured living close to heavy polluters, such as power plants or highways in urban areas. Nationwide, communities of color breathe in ~40% dirtier air than white communities, and black kids have the highest rates of asthma. Research from University of Southern California detailed in the new report found that asthma increased in children who lived closer to freeways, even if there was no family history. 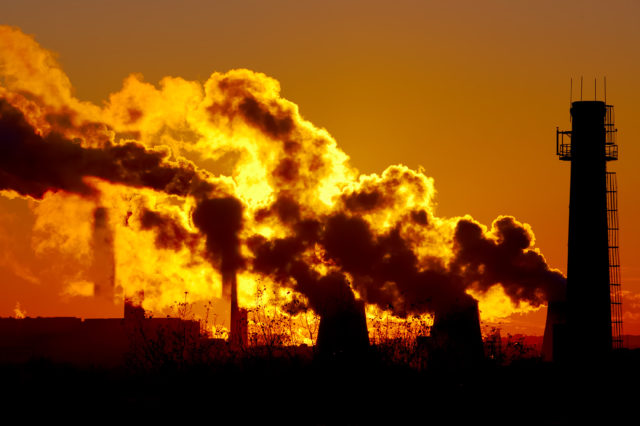 The report also discusses critical research that uncovered environmental health disparities for children of farmworkers. UC Berkeley found that, “Latino fathers exposed to known or possible carcinogens such as pesticides, polycyclic aromatic hydrocarbons (PAHs) in combustion exhaust, and chlorinated hydrocarbons at work were more likely to have children with leukemia.” Prevention strategies and outreach to farmers on how to wash off or remove dangerous pesticides were also funded under this work.

Communities and Research Must Work Together

Too many times, research happens in a bubble. But part of the requirements of STAR funding from EPA and NIEHS is that they work with communities to research and find actionable solutions to environmental health issues. This is commonly referred to as community-based participatory research. In fact, WE ACT for Environmental Justice has worked for nearly two decades with Columbia University’s Center for Children’s Environmental Health and Dr. Frederica Perera. Starting in 1998, WE ACT supported and advised on a long-term research project to better understand environmental health in pregnant women and their children. A cohort of Latina and Black women from northern Manhattan were enrolled in the program to examine their prenatal and postnatal exposure to air pollution, bisphenol A (BPA), flame retardants, and pesticides on childhood health and development. According to the new report, “These studies have been instrumental in the field, finding associations between certain environmental exposures and multiple adverse outcomes including reduced birth weight, obesity, attention-deficit hyperactivity disorder (ADHD), reduced IQ, and anatomical brain changes. The research has also revealed interactions between toxicant exposure and stressors related to poverty.”

The 2018 EPA budgets are likely not up for vote until early December, and while the House has agreed on fewer cuts to the EPA budget, an approved budget isn’t expected until the end of the year. Bottom line: stopping children’s health cuts shouldn’t be controversial. Communities across the country need more, not less science to inform stronger policy at all levels of government, and to protect our kids. WE ACT supports continuing the rigorous, community-based research detailed in this new report. And we ask our elected officials to ensure that these programs are fully funded in the new year.

Author: Brooke Havlik is WE ACT’s Director of Communications. You can follow her @brookehavlik.