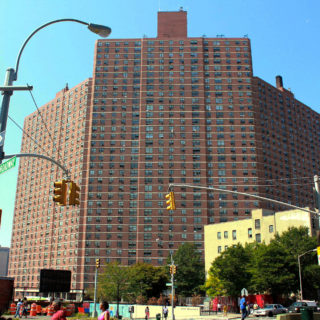 On September 26th, 2018 the Federal Government of the United States’ lawsuit against the New York City Housing Authority (NYCHA), US v. NYCHA 18 Civ 5213 (WHP), had a public hearing. Among other housing safety and sanitary violations, lead paint monitoring– or more accurately, the lack of lead paint monitoring in public housing– is at the center of the suit.

While lead paint is a primary source of elevated lead levels in living spaces, lead is also sourced from a variety of other locations in the home environment. Knowing where lead can be found, what its effects are, and how to prevent it is important– yet in even answering all of those questions, as we will below, the ultimate question surrounding the lawsuit remains: what is behind the dismal, ineffective, and inefficient systems of NYCHA lead monitoring in the first place?

Where can lead be found and how do we prevent lead exposure and poisoning?

The primary method of lead getting into the body is through ingestion and inhalation.

Dust particles containing lead can lead to high exposure for both ingestion and inhalation. This form of lead exposure is at the center of the NYCHA lawsuit. Lead can become integrated into these particles through chipped paint– which is especially common in areas where the paint faces a lot of friction, like windows which are frequently opened and closed. Knowing if there is lead in paint, or other fixtures that can become integrated into your air environment, is a good first step to limiting lead exposure, but removing these lead-containing objects often requires professional help. In fact, self-removal can increase exposure more than just leaving the object alone.

High levels of lead in water are also toxic to the body. Importantly lead entering water is often not through the water source, meaning that the lead enters household water near or at the point of ingestion: mainly, through pipes in housing buildings. While water from a river or other source is tested during its purification process, after it is released to homes, it is difficult to regulate quality. Old water pipes and solder make water highly susceptible to lead exposure and using this water can increase body lead levels. Lead testing kits are widely available and should be used especially if your building is older and you suspect that old pipes may be in use.

A less common, but still hazardous form of lead getting into the body is through foods grown in urban farming. While the community and health merits of urban farming should not be discounted, city soil has a higher chance of containing lead than that in rural areas. Because of this, precautions should be taken to assure that soil in urban farms do not contain lead.

What are the effects of lead? 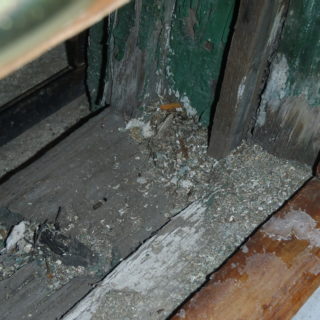 What makes lead so dangerous is that there can be no noticeable symptoms of lead in the body until it reaches hazardous levels and even after it reaches the level of lead poisoning, symptoms can often be mistaken for other conditions.

Lead can cause different physiological problems as well as developmental and behavioral abnormalities. There are numerous resources to find out more about these conditions and a blood test should be taken if you suspect that you may have lead poisoning.

Despite knowing about how lead is introduced to homes and its detrimental effects, why are there still issues in NYCHA monitoring?

There is a troubling amount of confusion and lack of clarity in lead level reporting by the New York City Department of Health. According to the New York Times, city officials originally said that there were 19 children in housing projects diagnosed with lead poisoning and then revised that number to a startling 800 children. This same report by the department of health also showed that the decrease in elevated lead levels in children living in public housing has stagnated in the past few years, compared to an overall decrease in elevated levels throughout the city.

These statistics are a result of organizational failure at the city level and such ambiguity in the data disturbingly follows the failures that lead to the Flint Water Crisis. Through a lack of thorough testing and disorganization, the lead levels in Flint were able to rise to dangerous levels. More optimistically, New York City officials do seem determined to tackle these issues before reaching the magnitude of Flint. New York City Mayor Bill de Blasio has introduced a plan that would inspect every single apartment unit in public housing that has a risk of having lead paint. This differs from the usual system of testing sample apartment units and making risk decisions based on sample results. While the funding and details of this plan are still unclear, it shows an effort of the city to ensure that these stagnated lead level statistics continue to decrease.

It is clear that the city still has many more steps to ensure that public housing receives the lead monitoring systems that the rest of the city has been receiving over the past few years. But errors in mismanagement have been recognized and new program implementation is in the process.

Most importantly, however, is the community organization that has culminated in US v. NYCHA 18 Civ 5213 (WHP). Showing government systems that they are accountable for their organizational issues and that there are victims to disorganized bureaucratic decisions is a crucial way to make sure that these errors are not repeated. 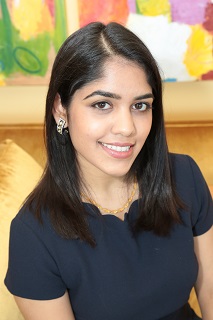 Sophia Rasul Ahmed is a student at Columbia University studying sustainable development and economics. She interned at WE ACT during the summer of 2018. She is particularly interested in green energy and agriculture. She enjoys gardening, running, and the outdoors.