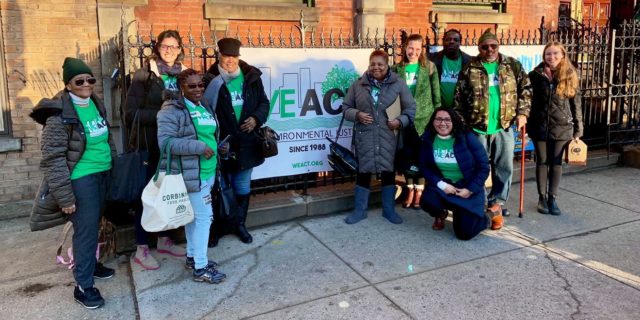 WE ACT staff and members before their trip to Albany to advocate on behalf of NYCHA residents. 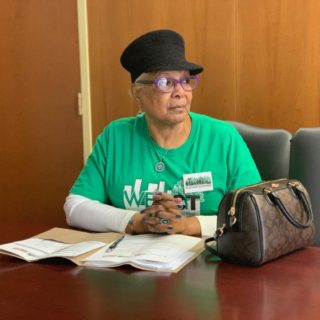 A total of 43 NYCHA residents from 11 different developments were in Albany as part of this coordinated advocacy effort. The coalition – which includes Families United for Racial and Economic Equality (FUREE), Good Old Lower East Side (GOLES), and the St. Nicholas Alliance – scheduled and met with the following offices:

And two WE ACT members from Dyckman Houses, Christina Burgess and John E. Thompson, spoke on behalf of WE ACT and the Healthy Homes Working Group at the coalition’s press conference. (Watch the Video)

WE ACT’s Bilingual Community Organizer and Outreach Coordinator Génesis Abreu and Environmental Health Programs Manager Milagros de Hoz have been following up with the elected officials and will debrief the Healthy Homes Working Group at the next meeting. 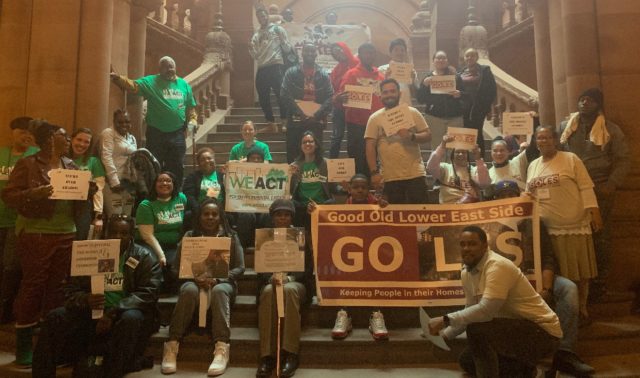 The NYCHA Land and Healthy Homes Coalition on the steps of the New York State Capitol building in Albany after a day of Advocacy.