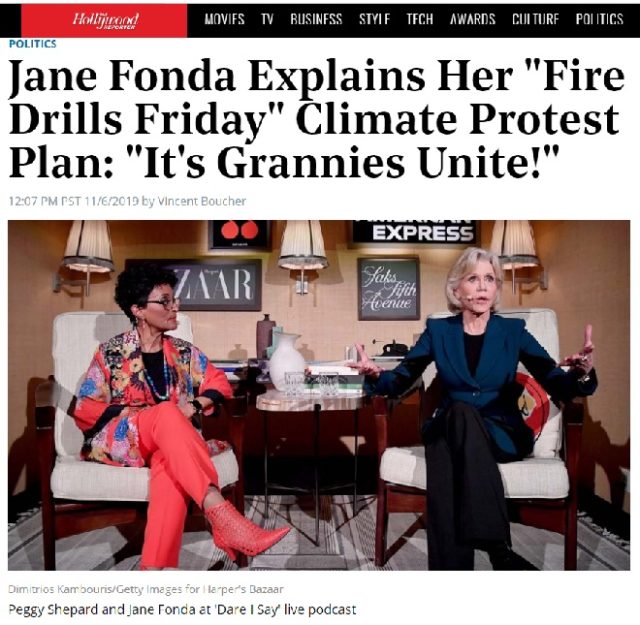 In a November 6, 2019 article in the Hollywood Reporter on Jane Fonda’s Fire Drill Fridays weekly protest against the lack of progress in addressing climate change, WE ACT for Environmental Justice’s Co-Founder and Executive Director Peggy Shepard raised the issue of climate justice: “’We know that millions of people in this country are living with bad air. They don’t have clean water, and they are disproportionately impacted by pollution,’ she said. ‘When you hear people talk about climate justice, climate justice is not just a cool phrase, it’s really a term that it’s focused on the most vulnerable communities, and how we’ve got to take action to ensure that the most vulnerable are protected because when that happens, we’re all protected.’” Fonda and Shepard discussed the climate crisis as part of a one-on-one conversation for the Harper’s BAZAAR “Dare I Say” podcast the previous evening. Read the Article

Harper’s BAZAAR also shared some photos from the evening, which you can view here.