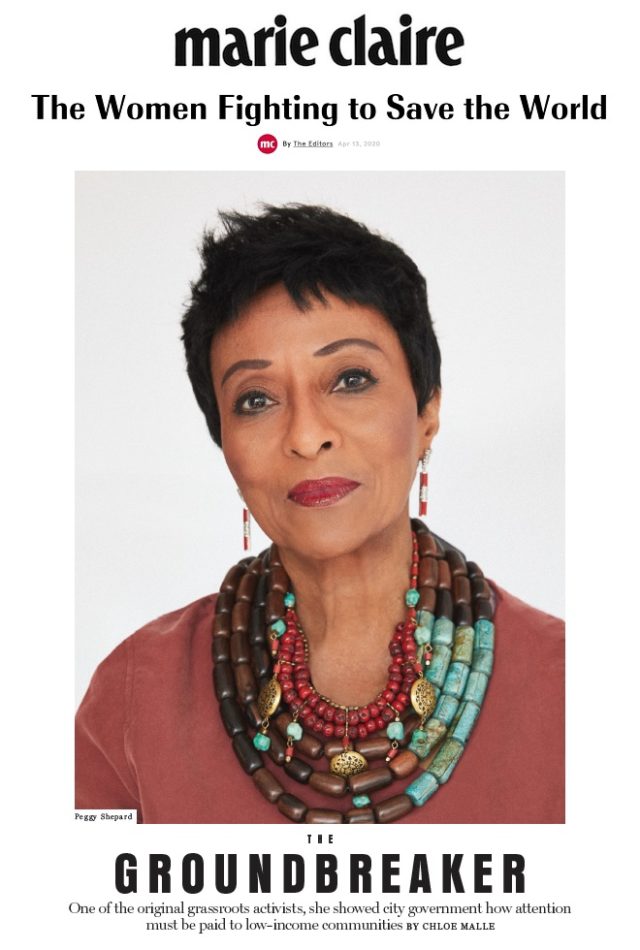 Our Co-Founder and Executive Director Peggy Shepard was profiled in the April issue of Marie Claire as one of the Women Fighting to Save the World, which featured female environmental leaders in honor of the 50th anniversary of Earth Day. Peggy was recognized as a “groundbreaker” and a “pioneer of the environmental justice movement and grassroots activism.” Read the Story