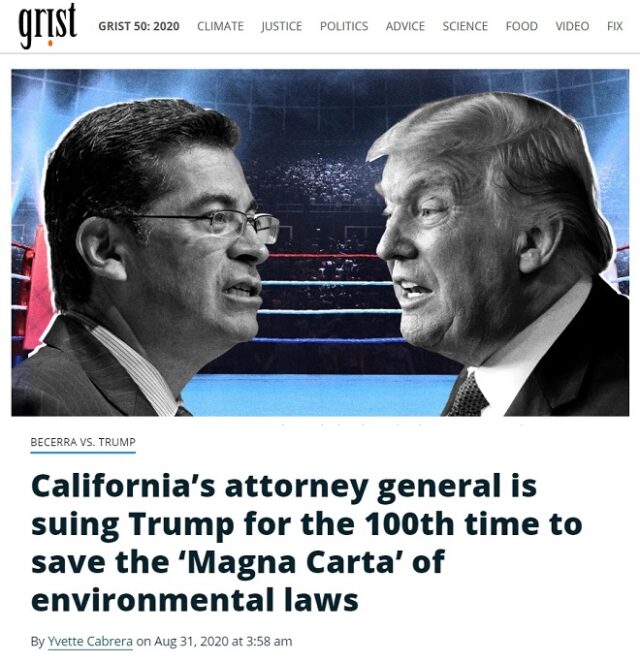 In an August 31, 2020 article in Grist about California Attorney General Xavier Becerra’s lawsuit against the Trump administration over proposed changes to the National Environmental Policy Act, WE ACT for Environmental Justice’s Director of Federal Legislative Affairs Kerene Tayloe voiced our concern over the changes to the National Environmental Policy Act (NEPA) and noted that the Environmental Justice for All Act could address those concerns. WE ACT Board Member and Vermont Law School Professor Marianne Engelman Lado also weighed in, calling attention to the importance of consider cumulative impacts under NEPA, which would be eliminated by the proposed changes. The article also appeared in Canada’s National Observer. Read the Article