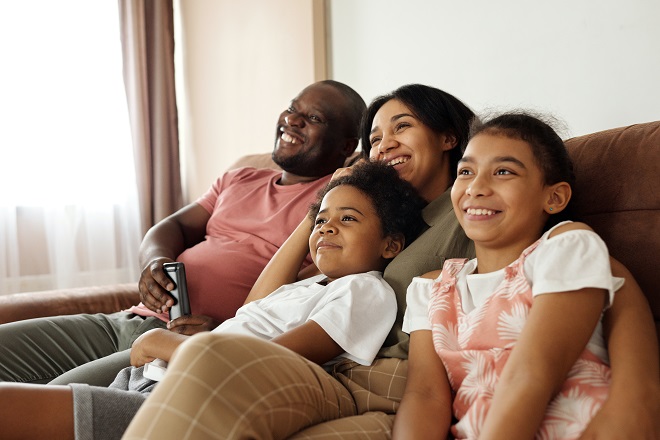 The Family and Fire Fighter Protection Act (S. 4630-A/A. 5418) will remove highly toxic chemicals from homes in New York State. These chemicals are found in many flame retardants, which are often applied to your mattresses, upholstered furniture, children’s car seats, clothing, strollers, and electronics enclosures. They are designed to slow the spread of fire, but what they are really doing is slowly poisoning our families.

Worried about losing what is forecast to be a $10 billion revenue stream in the coming years, the American Chemistry Council and a coalition of other businesses that profit from the sale of the highly toxic chemicals used in flame retardants have tried to kill this bill with a campaign that pushes fear instead of facts. But fire fighters, environmentalists, and public health professionals have teamed up to squelch the falsehoods, and clear the smoke the chemical manufacturers are blowing in your face.

Regulating the chemicals used in flame retardants will not put lives at risk. Over the past 20 years, 14 states have already chosen to eliminate or restrict the use of toxic chemicals in flame retardants, and many furniture, bedding, and electronics manufacturers have already voluntarily removed these harmful chemicals from their products. Yet the number of residential fires has not risen, as the peddlers of these poisons would like you to believe. In fact, according to the U.S. Fire Administration, the number of fires has trended steadily downward since 2015. There were 16,600 injuries from fires in 2019, which represents a 12.5-percent drop from 2010.

That is why fire fighters, who know a thing or two about what really causes fires and how to best prevent their spread, support the Family and Fire Fighter Protection Act. Both the New York State Professional Fire Fighters Association and the Firemen’s Association of the State of New York support this bill banning flame retardants.

Continuing to allow these toxic chemicals to be used in flame retardants puts lives at risk. Thousands of studies have found that many of these chemicals – such as halogenated and organophosphate flame retardants – cause endocrine and thyroid disruption, neurological and immune system disruptions, cancer, and adverse fetal and child development.

Children are most vulnerable to the toxic impacts of these chemicals because their brains and bodies are still growing. When these toxic chemicals get into their systems through our common household objects, it disrupts their growth and can have impacts that last for the rest of their life. Data from the National Health and Nutrition Examination Survey finds that the certain flame retardants studied are present in the blood of almost all Americans, with children having higher levels of it than adults. And the American Academy of Pediatrics found that exposure in utero or early childhood may lead to lower IQs and motor coordination as well as conditions such as hypospadias due to endocrine disruption.

People of color – and especially the children – are at greater risk from these chemicals. Studies have shown that people of color and their children are more likely to have higher levels of these chemicals in their bodies. In the NAACP-NY’s letter of support for this bill, they stated that, “according to the National Academy of Sciences, environmental factors, including toxic chemicals, cause or contribute to the prevalence of serious learning and developmental disabilities in American children, especially children of color.”

Furthermore, research has well documented that race/ethnicity is a strong predictor of higher flame retardant exposure, leading to significant disparities in reproductive health outcomes. For example, studies have found that higher levels of toxic chemicals, including flame retardants, are found in electronics, older furniture, and older homes that have not received recent renovations – and, in places like New York City, people of color are more likely to live in poorly maintained homes.

And the exposure to these chemicals is cumulative. Flame retardants are applied to items found throughout our homes – such as mattresses, furniture, and electronics – making them so prevalent that these toxic chemicals can even be found in our household dust.

In 1987, The United Church of Christ Commissions for Racial Justice released the seminal report: Toxic Waste and Race, which documented that toxic waste exposure is a matter of environmental racism. This report showed that toxic facilities are sited disproportionately in Black/African American communities across the United States. And it propelled a body of work that now has thousands of well-documented research studies finding that racism is the leading cause of toxic chemical exposures for Black and brown communities. Twenty years later, an update to this seminal report was released that found that the issue persists, called Toxic Waste and Race: Twenty Year Later.

Exposure to toxic, cancer-causing chemicals has been one of the major environmental injustices that exists in the United States to this day. And even though the science is clear about the toxicity of these chemicals, special interest groups like the American Chemistry Council continue to peddle these poisons, putting profits above people.

That is why we need to pass the Family and Fire Fighter Protection Act, which is sponsored by Senator Todd Kaminsky in the New York State Senate and Assemblyman Steve Englebright in the New York State Assembly – and endorsed by environmental and public health groups as well as the fire fighters. This bill will regulate the chemicals used in flame retardants applied to upholstered furniture, mattresses, and electronic enclosures – safeguarding our families and our children from continued exposure to these toxic chemicals. It is time to stand up to chemical manufacturers who have been poisoning our communities for far too long. This is a matter of environmental justice.

Sonal Jessel, M.P.H. is the Director of Policy at WE ACT for Environmental Justice.