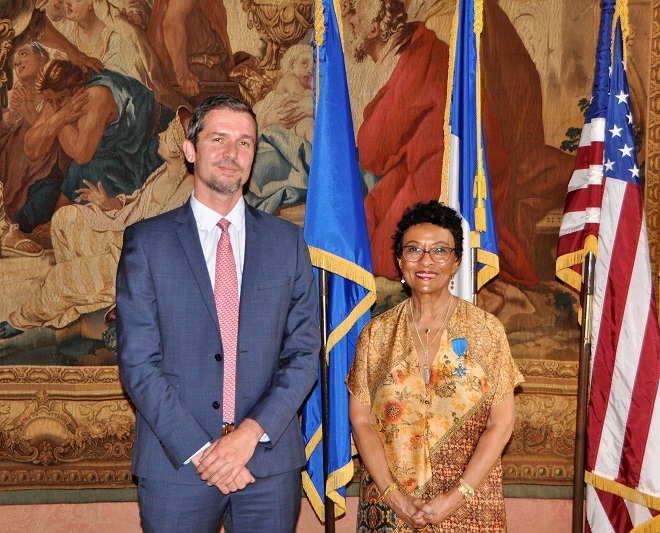 On September 29, 2021, WE ACT for Environmental Justice’s Co-Founder & Executive Director Peggy Shepard was formerly awarded the French Republic’s Knight of the National Order of Merit by Consul General Jérémie Robert (pictured above, on the left, with Peggy) at the Consulate General of France. The honor recognizes her pioneering work in environmental justice. Read the Story from the Consulate General of France, the Coverage in the New York Beacon (PDF) & Harlem World, and Watch the Ceremony