Since moving Uptown from the Dominican Republic at the age of three, I’ve lived within a three block radius of a major highway every time we’ve moved. My parents encouraged me to spend as much time as possible outside, completely unaware of the dangers the air in the neighborhood contributed to my health. In my third grade science class we learned about carbon monoxide and the potentially deadly consequences of leaving vehicles on while in poorly ventilated spaces. I figured, if the fumes were strong enough to poison people without their knowing and consent, the thousands of cars, diesel trucks, and buses[1] on the streets had to be doing the same damage to the environment – and those who inhabit it.

That same year, I entered my school’s science fair and shared my presentation Saving Mother Earth. I explained to my classmates and teachers the urgency of global warming and the importance of repairing the ozone layer. I presented articles from scientists and explained the dangers of pollution and fossil fuels and the importance of public transportation and recycling. 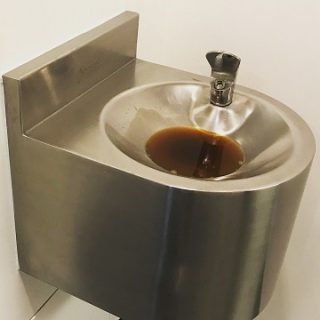 It was also in this classroom where my classmates and I would drink the brown water from the drinking fountain every day after recess. It took me many years to realize the water was contaminated with lead; I only came to this discovery when the water in our house resembled the same color and I began searching the internet for answers.

WE ACT for Environmental Justice has long taken action to address lead poisoning in the New York City, from helping pass and then advocating for stronger enforcements of Local Law 1 of 2004, which focused on the prevention of childhood lead poisoning through the remediation of lead paint in housing units, to championing New York State’s first Safe School Drinking Water Act, which mandates regular testing for lead in school drinking water.

In middle school, I was chosen for advanced science courses which enabled me to take high school earth science while in the eighth grade. This class, followed by the other environmental classes I would take in the following years, encouraged me to pursue a career in environmentalism and sustainability.

My first interaction with WE ACT took place days before my high school graduation. Their staff was gathering community input on special funds allocated for a green space project in the neighborhood. I spent the rest of the day researching and learning about the organization. I discovered that beyond saving trees, habitats, and wildlife, I could also address all the issues and concerns I’ve had about my community, such as access to healthy nutritious food, affordable healthcare and housing, and much more.

During my undergraduate studies, I majored in environmental justice and participated in leadership opportunities that rewarded me with experiences in community engagement and environmental justice. My studies really played a foundational role in my understanding of how race, class, gender, and other systems of oppression affect how people experience the environment differently. These differences were made apparent to me in the contrast of experiences in the outdoors between me and my classmates. Attending a predominantly white and wealthy institution, my classmates had access to resources and were able to afford backpacking trips, snowboarding lessons, and other outdoor activities that have historically excluded low-income people and people of color.[2] 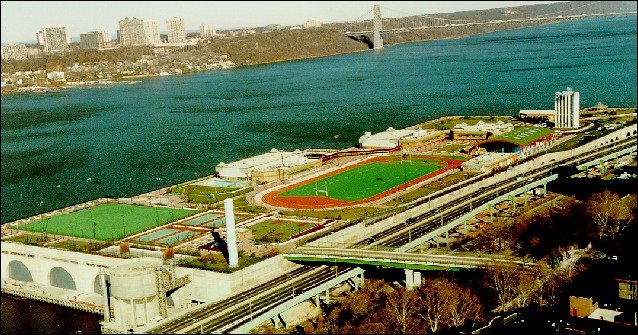 I spent much of my childhood summers at Riverbank State Park. There, I had my first graduation. I learned to push myself on the swings and complete the monkey bars, knowing that at some point during the day I would be visited by the ice cream man. Every year, my school would host an all-day field day, basking under the sun as we played games like sack race, kickball, and three-legged race. This park and so many others in the city gave me the space to explore my world and flourish in green spaces beyond our city buildings and streets – this was my outdoors.

In addition to gifting me many memorable and first memories, Riverbank has an incredible history founded on community, justice, and resilience.[3] Below the park sits the North River Wastewater Treatment Plant, the racist siting of which is what sparked the formation of WE ACT. This park, which proved to be so transformative and essential to my childhood, was built on top of a sewage plant that proved to be similarly transformative and essential to the formation of WE ACT, one of the leading voices in the environmental justice movement.

The environmental justice movement believes that everyone deserves to live and enjoy a world that’s healthy, clean, and just for all in the community regardless of a person’s race, class, religion, and other social identities. As a Cecil Corbin-Mark Fellow, I get to learn from and work alongside people who believe in the possibility of a world free from systemic injustices and a world rooted in community. This fellowship is meaningful to me because I’ve dreamt of working to advance environmental justice from the minute I learned what it was, and it’s especially meaningful because I get to do it all in the community that raised me and inspired my love for the environment in the first place. 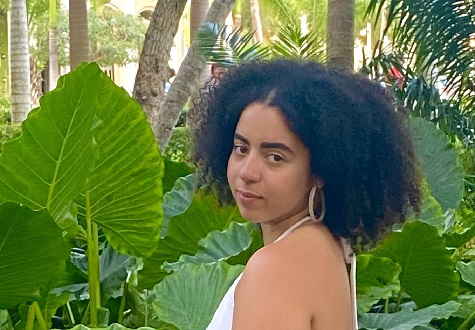