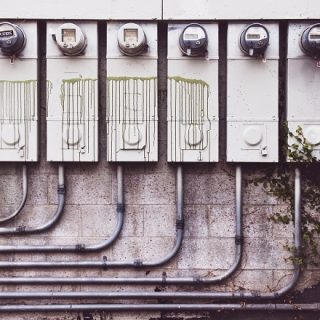 Challenge
In addition to the staggering human toll of COVID-19, the pandemic left many New Yorkers without a source of income, making it increasingly difficult to pay their bills – including their utility bills. In fact, more than one million New Yorkers are 60 days or more behind on their energy bills, totaling more than $1 billion in residential utility debt statewide, with the average debt exceeding $1,000 per household.

While this crisis has impacted New Yorkers from nearly all walks of life, households in low-income communities and communities of color have been hit the hardest – and overwhelmingly so. They already spend a disproportionate share of their household income on energy, often live in the least energy efficient homes, and have been far more likely to be impacted by COVID-19 as well.

It is important to note, however, that the pandemic did not create the problem with utility debt. It only exposed and exacerbated it. Even while the costs of generating electricity and extracting gas have been falling in recent years, utility bills have been steadily rising because these corporations have a monopoly on energy distribution, and the New York State Public Service Commission (PSC) continues to award them substantial rate hikes whenever they ask. Con Edison, for example, is seeking an 11.2-percent rate hike for electricity and an 18.2-percent rate hike for gas beginning in 2023, yet inflation in 2021 was only 4.7 percent.

The problem with New York State’s energy system is that it is designed to serve the shareholders instead of the public. Gas and electric utilities are meant to serve the public, a public need, rather than generate profits for those who can already afford to invest in them. Imagine if the fire department or police department were controlled by a handful of investor-owned corporations, where shareholder dividends took priority over providing an essential public service like putting out fires or protecting public safety?

Solution
Given the impact of COVID-19 on New Yorkers, and those who live in low-income communities and communities of color that have been the hardest hit by this pandemic, we are seeking utility debt forgiveness. The extraordinary financial burden faced by more than a million New York households would take years to recover from, and many of those people will never be able to realistically recover from that debt.

To date, the proposal that the PSC has taken more than a year to draft would have utility shareholders voluntarily pay 4 percent of the overall debt, all utility customers would be required to collectively pay another 4 percent, and the customers who cannot afford to pay their current bills would be required to collectively pay 92 percent of that $1 billion-plus debt. The PSC also suggested that the federal government could help with debt relief, possibly through its Home Energy Assistance Program, but there are not sufficient funds available from that program to cover the cost of both winter heat and summer cooling assistance in New York State, let alone the growing utility debt.

The most likely scenario without utility debt forgiveness is that utility customers will have to pay for all of that $1 billion-plus debt because the utility regulatory construct ensures that these wealthy corporations are entitled to pass on all reasonable costs on to customers. How utilities get to define what is reasonable, especially in this unprecedented pandemic, is just one of the many things that is wrong with our current energy system.

That is why we are also working to reimagine our energy system. Not only do we want an accelerated investment in renewable energy and storage, generating clean and affordable electricity to power all-electric buildings, but we also want public power – utilities that are owned and operated by the public for the public, like the New York Power Authority, which is a public-benefit corporation and the largest state public power utility in the nation.

Air pollution from the fossil fuel industry and the greenhouse gas emissions it produces disproportionately harm low-income communities and communities of color. New York’s profit-driven utilities have been slow to transition to renewable energy sources, and remain woefully unprepared for a future in which the state is decarbonized and electrified.

That is why we are working to advance the New York State Build Public Renewables Act (A1466A, S6453), which will create a statewide, publicly owned, democratized utility with a mandate to provide safe, reliable, affordable, and 100-percent renewable energy to all New Yorkers. This will reduce air pollution and the emissions that cause climate change while making energy more affordable for everyone.

Looking at models elsewhere, we can see that energy bills are 14-percent cheaper on average under public utilities. Public utilities are also more reliable, with outages lasting half as long as the national average. And public utilities have a track record of reinvesting profits back into communities, as opposed to pockets of shareholders.

Download WE ACT’s Utility Debt Brochure here (PDF) to learn how you can ease your burden.