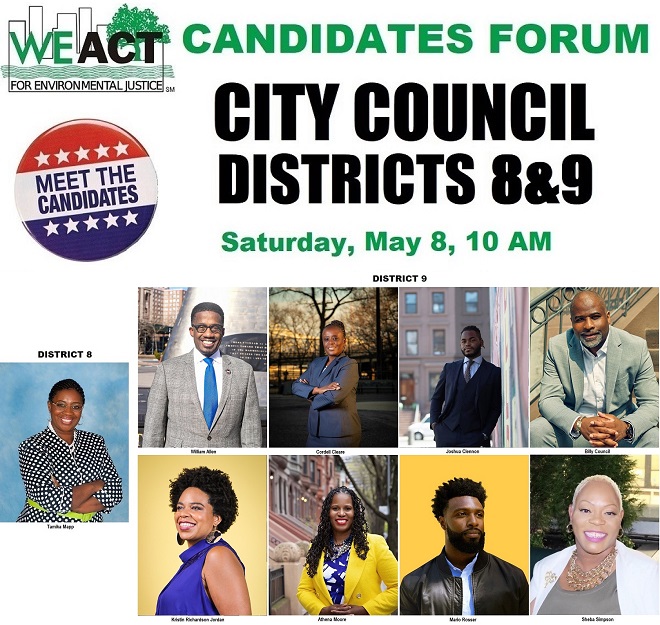 Join us for our May Membership Meeting and get to know the candidates running for New York City Council in Districts 8 & 9!

Our meeting will start at 10:00 AM ET on Saturday, May 8. We have invited all of the candidates running for City Council in Districts 8 & 9 to come and tell us why they are the best candidate and how they will tackle environmental racism in our community. Members will also have an opportunity to ask them questions. Below are the candidates who have confirmed their attendance.