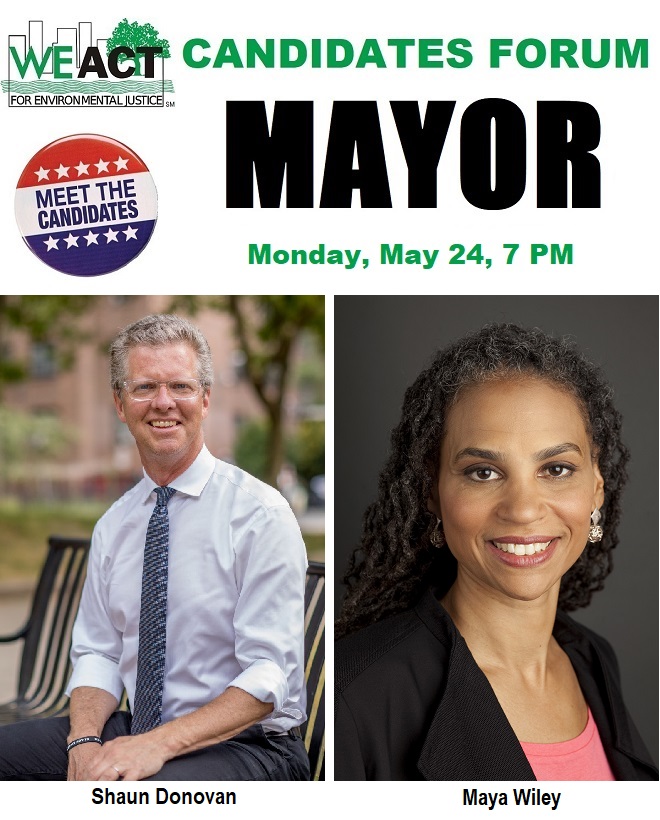 Join us for the first of our two New York City Mayoral Candidates Forums at 7:00 PM EDT on Monday, May 24. In partnership with our 501(c)(4), WE ACT 4 Change, we will be hosting several mayoral candidates, including Shaun Donovan and Maya Wiley, each of whom will be given 40 minutes to tell us why they are the best candidate and how they will tackle environmental racism in our community. Attendees will also have an opportunity to ask them questions. And you can learn more about these candidates by reading their bios below.

MEET THE CANDIDATES PARTICIPATING IN THIS EVENT