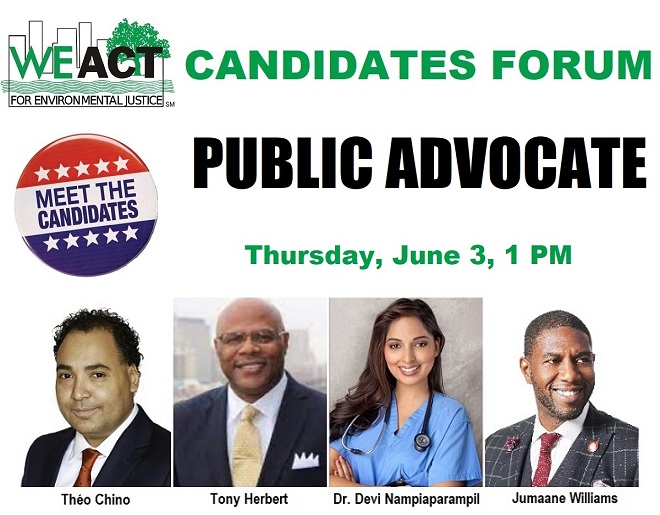 Join us for a special candidates forum with children and parents from the Harlem Village Academy as we get to know the candidates running for New York City Public Advocate!

The forum will start at 1:00 PM EDT on Thursday, June 3. We have invited all of the candidates running for Public Advocate in New York City to come and tell us why they are the best candidate and how they will help us tackle environmental racism in our community. And we will be joined by Arax Lefevre and her 6th-grade Social Studies class – both the students and their parents – to ask them questions.