Meet the candidates below, and then cast your vote here. 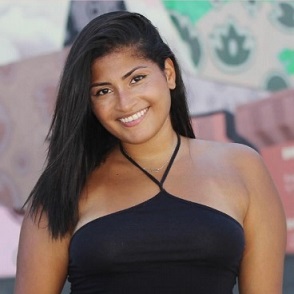 Nichole Byron is a resident of Central Harlem. She has a B.S. in Sustainable Energy Management from SUNY Environmental Science and Forestry. She currently works as the Director of Customer Experience for Venture Solar, where she leads a team that educates and services solar customers.

Educating the community on sustainable practices has always been a passion of Nichole’s. She is currently working towards her LEED Green Associate Certification and enjoys playing the violin in her spare time. 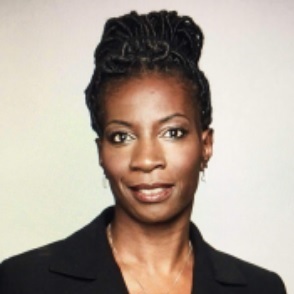 Libby Jackson-Diagne lives on the Upper West Side with her husband and 25-year-old son. After living in Atlanta, Georgia for several years, she moved back to New York and was fortunate enough to find an apartment on the same block that she grew up on. Both her maternal and paternal grandparents raised her parents there. She went to P.S. 165, which both her parents as well as her son attended.

After spending 30 years at the Cable News Network, Libby founded her own company, Transition Training Works Inc. (TTW), in 2018. TTW designs, develops, and delivers training for software companies rolling out their products to organizations.

Libby recently turned 55, and in the next chapter of her life she wants to find ways to serve her community, and the work of WE ACT is of great interest to her. She wants to learn more about advocacy and environmental justice and how to educate herself and her community about the benefits of sustainable energy.

Libby has a B.A. in Journalism/Mass Communication from Emerson College and an M.S. in Information and Knowledge Strategy from Columbia University. 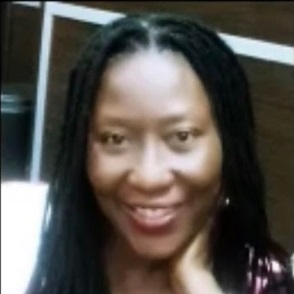 Vivia Morgan is the first Jamaican-American to run for the U.S. Senate and first candidate to put marijuana on the ballot in New York. One only needs her name to distinguish her as a woman of vivacity – full of life and a love for it. The youngest of a family of seven siblings, she was born in Jamaica, West Indies, on Paradise Street in May Pen, Clarendon.

Many contributing factors motivated this proud native of Jamaica to become the determined individual she is today. Focused and organized, Vivia utilizes all of her natural gifts to express her love for people and live life to the fullest extent. She works at Laborers Local 79 – New York City, is a Licensed Real Estate Sales Agent, and is a proud owner of C Morgan Construction. Vivia also serves as an executive member and Chairperson, Parks & Recreation of Brooklyn Community Board 9.

She began to share her talent with others at a young age. Vivia’s first job, Assistant Manager of Culture at Tone Records, introduced her to the entertainment industry. While there, she learned music engineering as a disc-jockey. Before long, her enterprising spirit led her into doing promotions, public relations, and advertising for Culture Tone.

These abilities complemented her natural aptitude for communication, hence, her active interest in advocating for youth who’ve been convicted of small portions of marijuana. Vivia also organizes Stop Gun and Gang Violence events and helps youth to gain employment in the construction industry. She is currently a candidate for City Council in Brooklyn’s 40th District. 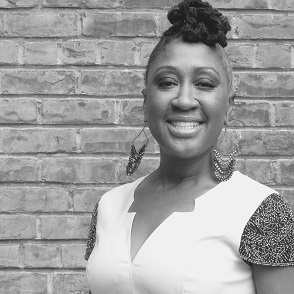 Tineta Newton is committed to helping others heal, which led to the EyeCycle© Fitness Method, a culture-inspired wellness program that engages through strength, rhythm, flexibility, and meditation. She is a Personal Trainer, who specializes in functional training and mobility. She is a fundraiser, freelance writer, and volunteer for nonprofits focusing on environmental health, environmental justice, social impact, public policy, and HIV research as well as alternatives to jail and prison solutions. She is a design consultant and lifestyle coach working with c-suite executives and entrepreneurs. And she is in the process of building EyeCycle© Lifestyle Digital, a curated media platform reporting on food, music, fin-tech, trends, art and culture, guides, and ideas.

Tineta won an award from Women In The Black, a Harlem New York-based Women-Led Entrepreneurial Organization for her contribution to fitness and community. She is a graduate of the Goldman Sachs 10ksb, Babson College, LaGuardia Community College, and Tory Burch Foundation (TBF) MBA Certificate Program. 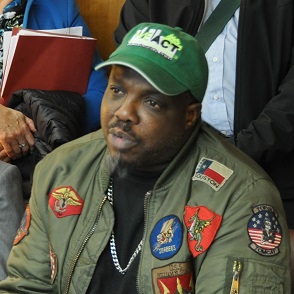 Russell Taylor was a volunteer with David N. Dinkins’ mayoral campaign in 1988-89. Under the direct supervision of Bertha Lewis, formerly of A.C.O.R.N. he got a real education in doing community outreach, recruiting new members, and addressing and networking with potential members on immigration, public and private housing issues, and fundraising while on canvasses from 2002-3. In 2007-8, as a member and community activist/organizer of F.U.R.E.E., he assisted in informing and organizing public housing residents and the concerned general public living in the Downtown and Fort Greene areas of Brooklyn against the privatization of public housing as well as the history and destruction of the “Underground Black Railroad” for private developers to build on.

In 2015, Russell worked for a political marketing organization called “Working America,” which is an affiliate of the AFL-CIO. He worked as a political canvasser, helping to change Pennsylvania’s legislative seats from primarily Republican Democrat to oppose fracking. He also worked to elect Jim Kenny as the Mayor of Philadelphia, Pennsylvania. Kenny was one of the first elected officials to put body cameras on police officers.

Russell is currently running for the Tenant Associate President of a stand-alone NYCHA development. He also received a $1,000.00 grant from the NYC Green Relief Fund/Partnership for Parks, which he has used to develop 156 square feet of plantable space in front of his building’s gated perimeter during the pandemic.

About three years ago, Russell became an active WE ACT member and volunteer. He has attended Lobby Days, meeting with elected officials to advocate on behalf of WE ACT’s policies. He has also worked the phones for WE ACT and helped with many events. He is experience with WE ACT has changed the trajectory of his life, and wishes to continue to be a beacon of hope and advocacy for communities of color and low-income.