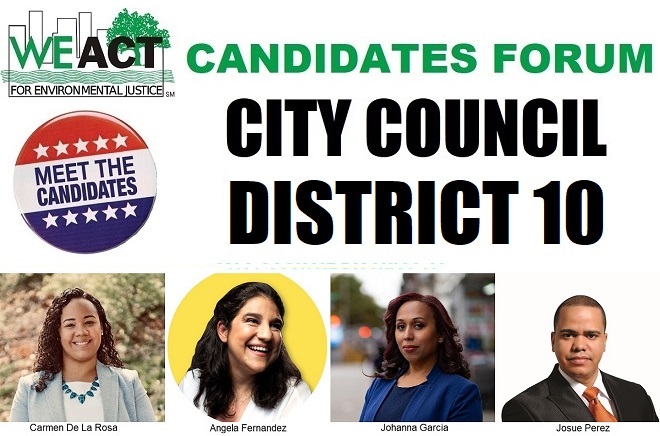 Carmen De La Rosa immigrated from the Dominican Republic as a child and grew up in Inwood where she has lived her entire life. Her advocacy and passion for justice are deeply influenced by her roots. She has listened and advocated for the most vulnerable, even before she started her career in government.

In November 2016, Carmen was elected to represent us in the New York State Assembly. Since her first day in office, Carmen has fought against racism, xenophobia and economic injustice and her commitment to the community she loves continues.

As an Assembly Member, she is driven by the needs of our people. She led the passage of the NYS Dream Act to provide access to education to all students regardless of immigration status, and worked with organizers and advocates to reshape the lives of tenants, delivering real rent reform. Carmen is the lead sponsor in the Assembly for a billionaires tax to #TaxTheRich that will ensure the ultrawealthy finally pay their fair share and help us close budget gaps wreaked by COVID-19.

Carmen will fight to make sure that the needs of our community are at the forefront. She will fight to protect our community from irresponsible development and displacement, dismantle fundamental flaws in our criminal justice system, expand our social safety nets, fix our broken education system, and protect frontline workers and vulnerable small businesses. Carmen De La Rosa is the leader this moment requires.

Angela Fernandez is a single mother, lawyer and human rights activist who has worked for decades at the grassroots, co-leading movements that have led to transformational changes and have become models for cities across the country. She served for ten years as the Executive Director of the Northern Manhattan Coalition for Immigrant Rights, where she prevented thousands of deportations and co-developed the nation’s first universal court-appointed legal representation program for detained immigrants. Most recently, she was the NYS Commissioner of Human Rights, where she won millions of dollars in settlements for those discriminated against in housing, employment and more. Angela is ready and eager to co-govern with the community and take our ideas for housing, economic and environmental justice to City Hall.

A daughter of immigrants, born and raised in this district, single working mother raising three children, education leader, and Senator Robert Jackson’s Chief of Staff, Johanna Garcia knows the struggles, challenges, and aspirations of District 10 because she has lived them and made a difference.

Johanna is a proud product of New York City public schools—PS 173, Mott Hall, and LaGuardia High School for the Arts. She got her first job as a teen via the Summer Youth Employment Program (SYEP) and she’s been working nonstop to lift up her community ever since.

A parent leader and Community Education Council President, Johanna stood up to the hedge fund millionaires to stop extreme testing and protect student data, sued the state to lower class sizes, and was one of the first to highlight the crisis of lead in our children’s schools.

A Northern Manhattan Not for Sale founder, she stood up to the big developers to stop the massive Inwood rezoning that would displace senior citizens and working families and has been a leading advocate for affordable housing.

A community leader, she is the only candidate who fought to defeat the fake Democrats known as the IDC, enabling Democrats to lead the State Senate and pass important tenant protections, climate change, immigrant rights, and gun control laws.

Johanna will fight to provide a good education for every child, protect tenants’ rights, fight for a healthy environment and a Green New Deal, and ensure the economic recovery from COVID-19 includes every single New Yorker, including undocumented and excluded workers.

Josue Perez is a father of three young boys who currently attend the NYC public schools. He is a union member, a union delegate, and an educator for 20 years, and a baseball coach. Josue migrated to the USA from the Dominican Republic as young boy. He is also a product of the New York City public schools system. He graduated from Lehman College earning a degree in Education. Josue has been a hard and dedicated worker. He climbed the ladder by performing different jobs: He worked as a delivery boy, cashier in a supermarket and worked in a fast food restaurant.

Josue Peres is a community leader and long-time community organizer. He is the co-founder of FDC (Fuerza Dominicanos Por el Cambio), NCHR (National Commission of Human Rights), and TELLNY (Teacher Educator Latin Leadership). He has volunteered his time to several nonprofits and community programs. Moreover, he is an advisor to the Dominican Movement, Circulo Peñagomista, INDEX and, UTANY, among other organizations. Josue has fought and advocated tirelessly for issues that affect his community, such as housing, paid family leave, the opening of schools during the pandemic, the increase of the minimum wage to $15, and the opposition to rezoning. He is currently the UFT chapter leader of his school. He has fought diligently for the right of his constituents; this includes the rights of students, reducing class sizes, and more importantly making sure the funds for ESL and ED are equitable.

During his early life, Josue was the president of the student body of his high school. He led the fight for education equality and a leader of his baseball team. He was a manager of a bodega at the age of 14. He graduated high school and college with high honors. Josue has earned two masters degrees in Math and Secondary Education. I would like to thank everyone for supporting me in achieving my goal of becoming your next city councilman of district 10. If you choose me to represent you in the city council, I promise you that I would represent this district with honor and dignity. My goal as a city councilman is to make this district a more suitable place for us to grow as a community.