T.e.j.a.s (Texas Environmental Justice Advocacy Services) is dedicated to providing community members with the tools necessary to create sustainable, environmentally healthy communities by educating individuals on health concerns and implications arising from environmental pollution, empowering individuals with an understanding of applicable environmental laws and regulations and promoting their enforcement, and offering community building skills and resources for effective community action and greater public participation.​​ Our goal is to promote environmental protection through education, policy development, community awareness, and legal action. Our guiding principle is that everyone, regardless of race or income, is entitled to live in a clean environment.

Why is your organization excited for WE ACT’s J40 Community Tour to come to your community?

T.E.J.A.S. frequently leads “Toxic Tours” through the East End Harris County, where some of the largest refineries and chemical plants surround neighborhoods and spew toxins into the air, soil, and water. Thousands of people live, work, and attend schools in the shadow of these facilities. Pictures nor video cannot easily convey the surreal site of this massive petrochemical industrial complex, nor the thick polluted air. It will, hopefully, make agencies and groups think about the toxic legacy of pollution for communities living along the Houston Ship Channel live with on a daily basis and spark the conversation on co-creating meaningful community solutions that center the most affected at the fenceline. 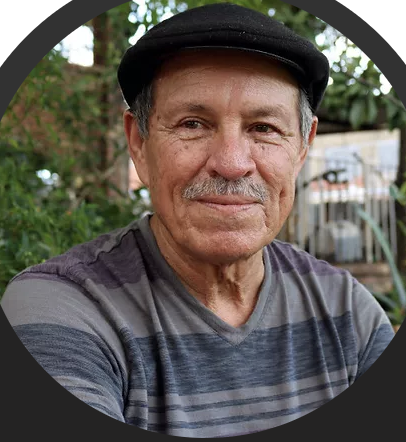 Juan Parras – Juan has been organizing community voices for years beginning as a social worker with the Harris County Welfare Office and later with the City of Houston Section 8 Housing Department where he organized the workers at both offices. Recognizing his unorthodox organizing efforts, he was recruited by AFSCME (American Federation of State County and Municipal Employees) as project staff. Organizing people to fight for standards in their working environments Juan eventually was elevated to be an International Union Representative for AFSCME as an International Union Representative until 1993 where his efforts reestablished MLK day and impeached Governor Mechum of Arizona. He then began working with Louisiana Labor Neighbor Project an Oil Chemical and Atomic Workers Union (now known as PACE) initiative. Where he helped established a community-led fund to support union workers in during a 5 ½ year lockout. In 1995 Juan joined the ranks of Greenpeace USA in a longstanding battle and win against Shintech in Louisiana. 1996-2002 Soon after Juan began working with Texas Southern University at the newly formed Grover Hankins, at the Environmental Justice Law Clinic where he dedicated his skills and expertise in community organizing until 2002. In 1995 began the long-standing battle which started against the construction of Cesar Chavez High School and formed Unidos Contra Environmental Racism, which was later renamed T.e.j.a.s (Texas Environmental Justice Advocacy Services. From 2002-2006 Juan, concurrently was working as an EJ organizer for CLEAN (Citizens League for Environmental Action Now) formed by Jane Dale Owen granddaughter to one of the founders of Humble Oil which became Exxon Mobile. Juan was an original member of the National Environmental Justice Advisory Council (NEJAC), and has served on many other boards such as the Gulf Restoration Network, Coalition of Community Organizations (CoCO)National Childhood Lead Prevention Program, and the Center for Health and Environmental Justice (CHEJ). He is currently an Environmental Justice Ambassador for the Gulf of Mexico Alliance. Juan received the CEC Synergy Award in 2008 and the Sealy Center for Environmental Health & Medicine HERO Award in 2009. Juan was also recognized as a recent recipient of the 2015 Robert Bullard Environmental Justice Champion Award from the Sierra Club. Juan Parras and his resolve for equity, justice and community resilience is the driving force behind the T.e.j.a.s. with over 40 years of organizing and work from social services to labor, to environmental justice Juan Parras can attest to the empowering force behind marrying issues of intersectionality in environmental work for marginalized communities. 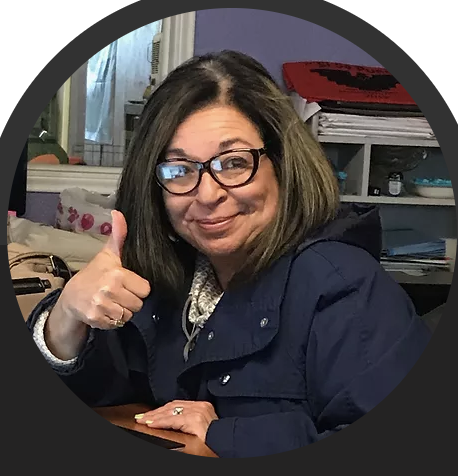 Ana Parras – Ana Parras was born and raised in Corpus Christi, Texas. Ana has an extensive background in Union/Community organizing from her tenor as President of (Local Union 3242), American Federation of State, County and Municipal Employees. (AFSCME). She is one of the youngest Union Presidents to be elected at the age of (24 years). Under her tenor Nueces County was able to obtain Civil Service for County Employees after a long battle with County Commissioners. Civil Service gave County Employees a right to grieve and be heard. This change in the law covered three other Texas counties. Her work with organized Labor emphasized the importance of Civic Engagement. She ran phone banks for the Democratic Party in South Texas for several candidates and she brought her experience to Harris County. Ana represented her Union as a Delegate to the Coastal Bend Central Labor Council. In 1992 she became the second youngest Latina National Delegate to the Democratic National Convention. She moved to Baton Rouge, LA in 1994 and was hired to represent Injured Workers (LIWU). Her work has been dedicated to uplifting marginalized and affected populations as well as victims. Ana returned to Houston and co-founded the Injured Workers of Texas. (IWT).Ana served the Harris County Central Labor Council, Under Ceole Speight for (8yrs) in the Political Program and helped develop their political program and database. During her work for the CLC she was hired by SEIU for their “Mi Familia Vota” campaign to write a Grant for Civic Engagement during the 2002 Gubernatorial Elections. The Civic Engagement campaign employed over 100 youth to help get out the vote during the campaign. Ana has been a long time member of the Gulf Coast Labor Council for Latin American Advancement (LCLAA) for Civic Engagement. Ana is currently serving on the board of the Gulf Coast Labor Council for Latin American Advancement (LCLAA).During the Cesar Chavez high school battle Juan along with Ana jointly founded UCER, Unidos Contra Environmental Racism, which was later renamed Texas Environmental Justice Advocacy Services. Ana also has extensive experience as a Legal Assistant for over 14 years. During her work in the legal profession she opened (3) WIC stores for the attorney. Then went on to co-own a WIC Store “Our First Step” a storefront whose purpose was to remove the stigma of food assistance and serve women who received WIC (Women, Infants, and Children) food and nutrition services. As the Administrator for Tejas she has been able to bring her administrative, organizational skill set to better structure and support Tejas work at both the local, State, and national level.

Augustin Loredo – Agustin Loredo III is a teacher at South Houston High School, where he has served students for the last 22 years as a Mexican American Topics instructor and Head Soccer and Cross Country Coach . Currently Loredo serves as the vice-president of the Fred Aguilar Promise Center, a community center in Baytown, Texas. He also serves as a commissioner for the Planning and Zoning Commission in Baytown, a member of the Parks and Recreation Board, a board member for Communities in Schools in Baytown, and a former Goose Creek CISD Board of Trustee with 16 years of service. Loredo is a product of Goose Creek CISD and earned an associates degree in communications from Lee College. He also earned a bachelor’s degree from the University of Houston, with a major in Radio and Television Broadcasting and a minor in Mexican American Studies.

3 Projects we are working on with the community

What you should know about environmental justice in your community?

It is a multilayered issue with layers of solutions where all agencies, organizations, and group can contribute to.