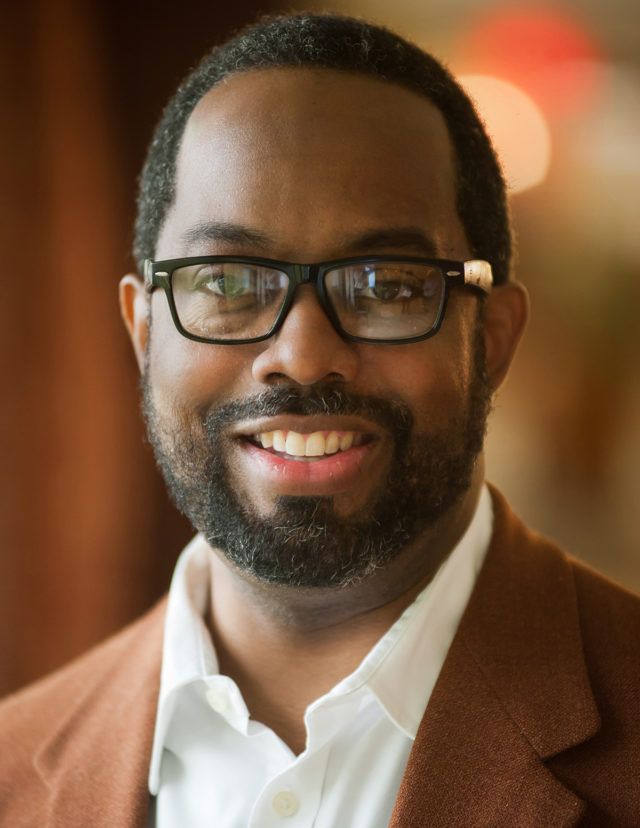 Cecil Corbin-Mark is WE ACT for Environmental Justice’s (WE ACT) Deputy Director and Director of Policy Initiatives. He holds a BA from Hunter College in Political Science and a M. Phil. in International Relations from Oxford University in England. Prior to joining WE ACT, Cecil worked for the following: the Bronx County District Attorney, NYS Justice Hon. W. T. Martin, the Mellon Minority Scholars Program and the NY Public Library.

He currently serves on the following boards: Center for Environmental Health, Clean and Healthy New York, the Louis E. Burnham Fund, the West Harlem Development Corporation, and Friends of the Earth USA. He was the recipient of the 2010 Earth Day New York Award and the 2018 Marshall England Memorial Public Health Award.

Cecil is a father, a pilot and lives in the Hamilton Heights section of West Harlem in NYC, his family’s home for almost 90 years. He comes from a family that was actively engaged in the Civil Rights movement. His great uncle and aunt Louis E., and Dorothy Burnham moved from Harlem to Birmingham, AL to launch the Southern Negro Youth Congress and his cousin represented professor and Civil Rights activist, Angela Y. Davis, in her trial for kidnapping, murder and conspiracy.