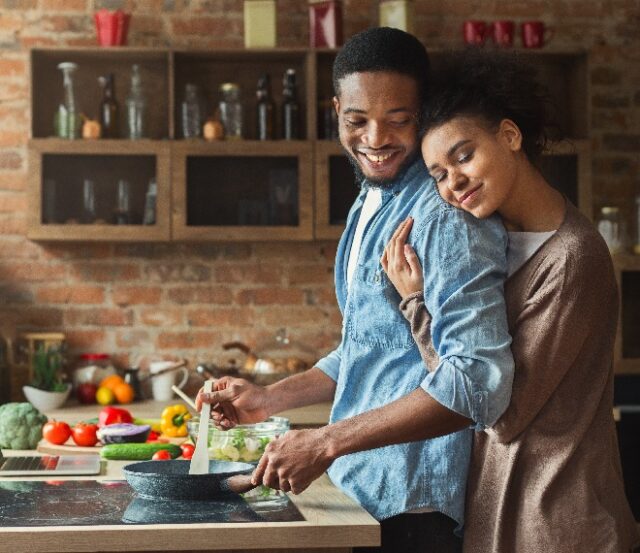 To address the climate crisis, we need to dramatically reduce our overall greenhouse gas emissions. These emissions are produced by the burning of fossil fuels such as oil, gas, and coal, and contribute to global warming.

In 2019, New York State passed the Climate Leadership and Community Protection Act, creating a legislative mandate to reduce greenhouse gas emissions by transitioning from an economy powered by fossil fuels (decarbonization) to one that is powered by renewable energy. However, to achieve this we will need a fully electrified infrastructure (electrification) because renewable energy sources generate electricity.

The public is starting to embrace the idea of electric vehicles, recognizing that internal combustion engines produce massive amounts of greenhouse gas emissions and other pollutants. In fact, the transportation sector is the leading source of such emissions – except in certain cities like New York. Here, buildings produce approximately 70 percent of the city’s greenhouse gas emissions, which means that we will need to transition to boilers, furnaces, water heaters, and stoves powered by electricity instead of fossil fuels.

New York State has yet to commit to building sector policies that will achieve such a transition. Despite its mandate to decarbonize and electrify, the State continues to allow utilities to expand their natural gas infrastructure and increase sales unchecked. This not only makes it increasingly difficult to achieve the mandated emissions reduction goals, but it actively undermines them.

To meet its emissions reduction goals, New York needs to implement decarbonization and electrification policies for the building sector and educate the public about the importance of such a transition. The first step is to stop constructing buildings that use fossil fuels, which is something WE ACT for Environmental Justice and its Gas Free NYC coalition has been working on in New York City.

But what about all the existing homes and buildings that use fossil fuels for cooking and heating? Gas stoves can be replaced with electric induction stoves and boilers powered by fossil fuels can be replaced with electric air-source heat pumps. Not only would this reduce greenhouse gas emissions produced by buildings, but it would also the air pollution that studies have shown leads to nearly 2,000 premature deaths each in New York State.

And it would significantly reduce the harmful indoor air pollution caused by cooking with gas, which produces nitrogen dioxide and carbon monoxide. Studies have found that gas stoves produce as much as 400-percent higher nitrogen dioxide concentrations in homes than electric stoves do, and children living in a home with a gas stove are up to 42 percent more likely to develop asthma.

There are benefits to cooking with induction stoves as well, including their overall safety and ease of use. Induction stoves heat more quickly (almost 50-percent faster than gas), efficiently, safely, and evenly than do gas stoves. And there are numerous benefits of using air-source heat pumps. In addition to being able to operate off the electricity produced by renewable resources, as opposed to harmful fossil fuels, they allow residents to control both heating and cooling, eliminating the need for – and expense of – an air conditioner. And they are typically quieter, safer, more efficient, and less expensive to operate.

Out of Gas, In with Justice
In 2021, WE ACT for Environmental Justice launched a pilot program called Out of Gas, In with Justice to demonstrate the feasibility and benefits of transitioning from fossil fuels to renewable energy in affordable housing. The program will replace gas stoves with induction stoves in 20 affordable housing homes: 10 in Buffalo – led by our partners at PUSH Buffalo, who will also install air-source heat pumps – and 10 in a New York City Housing Authority (NYHCA) building in the Bronx.

Working with our partners at the Columbia University Mailman School of Public Health and Berkeley Air Monitoring, we will monitor the changes in indoor air quality, and are targeting homes with at least one family member who has asthma. We will also have a control group of 10 homes in each city for comparison.

In addition to providing the induction stoves and air-source heat pumps free of charge, including for the control homes should they choose to receive them after the study, we will provide participants with workshops to better understand the function and use of these new appliances. We’ll also provide new cookware and professional cooking demonstrations to help participants become more familiar with induction stoves and dispel the myths about the advantages of cooking with gas.

Once the pilot program is complete, we will publish our findings and use that to inform the overall campaign. Our hope is that the pilot will demonstrate the need for and feasibility of decarbonization and electrification in the building sector, and that it can be achieved in a just and equitable way.

Based on what we learn from Out of Gas, we will work with our partners to pursue a broad, statewide policy agenda designed to make it easier for renters, homeowners, landlords, and developers to make the transition away from fossil fuels like gas in favor of renewable energy sources. These policies will be rooted in justice and equity because the transition from fossil fuels to renewable energy must prioritize low-income communities and communities of color, which bear disproportionately higher energy and pollution burdens as well as disproportionately greater impacts from climate change.  To achieve this, we must provide economic support and incentives to help these communities make the transition as well as prioritize their residents for the contracts and jobs the transition will create.