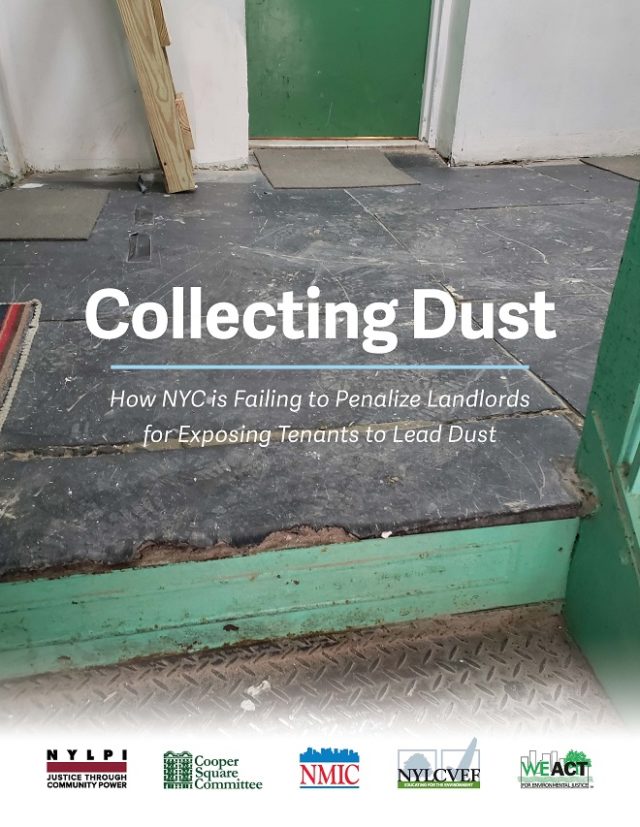 WE ACT for Environmental Justice is a member of the New York City Coalition to End Lead Poisoning, which published a report on November 12, 2019: Collecting Dust: How New York City is Failing to Penalize Landlords for Exposing Tenants to Lead Dust. The report details New York City’s failure to enforce Local Law 1 of 2004, which requires landlords to proactively conduct regular inspections and remediate lead-based paint hazards using trained workers and safe practices. WE ACT was among the organizations that advocated for the passage of Local Law 1 of 2004.

Tina Johnson, WE ACT’s Healthy Homes Organizer, spoke at the City Hall press conference announcing the release of the report (see below). And the following day, our Policy & Advocacy Coordinator Sonal Jessel testified at a New York City Council hearing on LeadFreeNYC and the Enforcement of the City’s Lead Laws, which was a joint session with the Committee on Housing and Buildings, Committee on Public Housing, and Committee on Education. Read the Testimony (PDF) 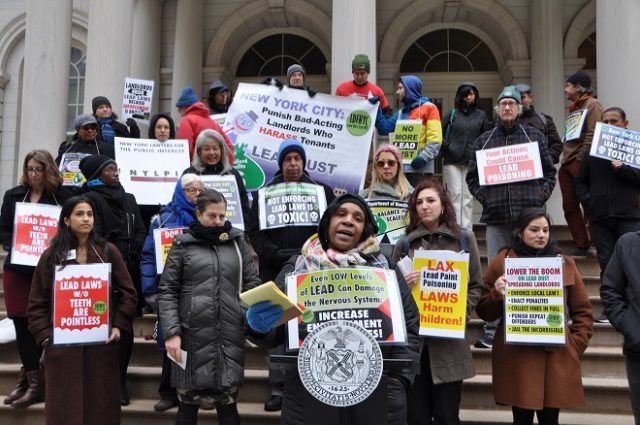