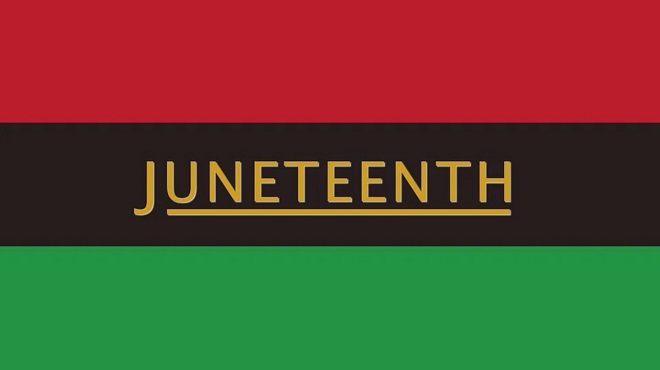 As we celebrate Juneteenth, we could take some comfort in the fact that it has just been made a national holiday. But we don’t need a holiday – we need justice. And given the efforts to suppress the study of Critical Race Theory along with the continued murder of Black people by the police, it feels like we’re losing ground in the struggle for racial justice in America.

One of the most alarming developments has been the wave of voter suppression laws designed to make it increasingly difficult for people of color – and Black people in particular – to vote. According to the Brennan Center for Justice, 14 states have enacted 22 new laws this year under the pretense of making our elections “more secure.” An additional 61 laws are currently making their way through 18 state legislatures, all of which – like those already adopted – are designed to suppress the Black vote. These new restrictions range from limiting the availability of and access to mail-in voting and ballot drop boxes to making it more difficult to vote in person – all with specific provisions aimed at undermining the methods and practices favored by Black voters.

Of course, the only threat to our elections has been from those who refuse to accept the results, who happen to be the same people who encouraged and welcomed interference from the Russians in our recent elections. It seems as if, knowing that their views are no longer shared by the majority of Americans, they invited foreign interference in the election and then manufactured the false narrative of irregularities at the ballot box so they could not only challenge the legitimacy of the election but also use the unfounded fears they created to push through legislation that will suppress the vote of those who do not share their views.

While these new laws masquerade as measures to protect the falsely accused legitimacy of our elections, there purpose should be clear. These are the 21st century equivalents of the Jim Crow voting laws. The 2020 election saw Black voters playing a key role in the outcome, and gave rise to a new understanding of the political power of the Black Americans.

Those challenged by this power have taken these actions in an attempt to protect the status quo, clinging to the racist system that has kept them in power ever since our nation was formed. Having stoked the false narrative they created about our elections, there is evidence of an orchestrated effort, including model legislation being shared among political groups supported by “dark money” funders, to enact these local laws – state by state – to suppress the Black vote in future elections.

What can we do about this? These racist laws are being challenged in court, on the grounds that they violate the federal Voting Rights Act of 1965, which was designed to put an end to the racist Jim Crow voter suppression measures. But that will likely take years to see through, which means these laws will be in place for the coming elections.

We cannot wait for the courts to strike down these laws. We need to mobilize our community and get out the vote. We need to personally ensure that our friends, family, and neighbors are registered to vote. And we need to make sure that – whatever it takes, despite whatever obstacles they put in our way – we get out and vote in each and every election. Because, as we’re seeing with these restrictive voting laws, local elections matter just as much as the national ones.

And that commitment to vote starts today, Juneteenth, 2021. Early voting is available here in New York City, where the primary elections are among the largest and most critical the city has had in decades. The Mayor’s office and the majority of the City Council seats are up for grabs, and the outcome of this election will decide the direction of our city’s future – from New York City Housing Authority reforms to the use of fossil fuels that cause climate change. It’s all at stake. And you can make a difference. You can vote.